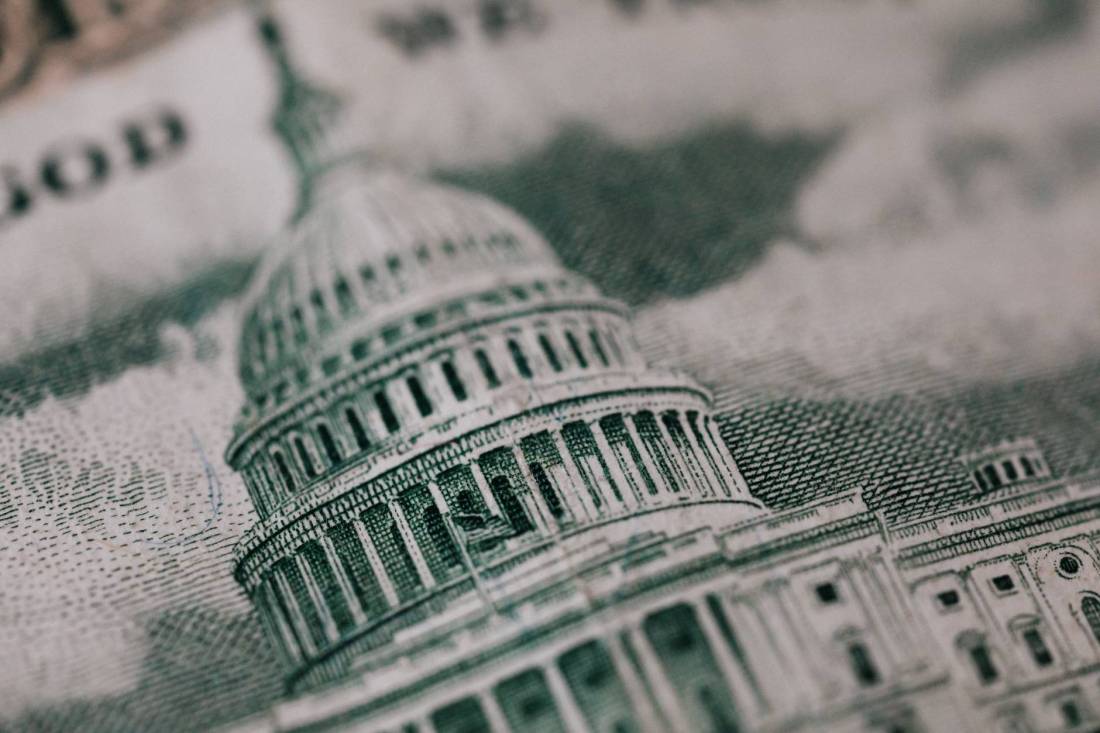 First things first, if you would like to receive my Technology Policy Update, email me. You can find some of these Updates from 2019 and 2020 here.

The House Appropriations Committee finished work on four of the FY 2021 appropriations bills that fund a substantial portion of the United States’ (US) government’s technology programs and activities. Often appropriations bills are the primary vehicle by which Congress changes executive branch policy through the use of its funding powers, and so the bills and their committee reports contain a range of directives and instructions year-to-year. The House is set to finish committee consideration of all 12 bills this month, but there is no indication as to when the Senate Appropriations Committee will take up its bills. Given the late start on appropriations, it is all but certain the federal government will be operating under a stopgap funding bill for some portion of the first quarter of the next fiscal year. The outcome of the election could result in a further postponing of full appropriations and delaying of passage of technology funding and program changes.

The package includes $2.6 million for a Joint Cybersecurity Coordination Group (JCCG) inside DHS “serve as a coordinating entity that will help the Department identify strategic priorities and synchronize cyber-related activities across the operational components.” This new entity comes about because the Trump Administration requested its creation as part of its FY 2021 budget request. The Committee expressed disappointment with “the lack of quality and detail provided in CISA’s fiscal year 2021 budget justification documents, to include several errors and unjustified adjustments that appear to be attributable to CISA’s premature proposal for a new Program, Project, or Activity (PPA) structure and raise questions about whether the budget could be executed as requested.” Consequently, the Committee directed that CISA “submit the fiscal year 2022 budget request at the same level of PPA detail as provided in the table at the end of this report with no further adjustments to the PPA structure.”

Among other programmatic and funding highlights, the Committee

The FY 2021 Financial Services and General Government Appropriations Act has a provision that would bar either the Federal Trade Commission (FTC) or Federal Communications Commission (FCC) from taking certain actions related to Executive Order 13925, “Preventing Online Censorship” issued in May by the White House after Twitter fact checked a pair of President Donald Trump’s Tweets that contained untruthful claims about voting by mail. It is very unlikely Senate Republicans, some of whom have publicly supported this Executive Order will allow this language into the final bill funding the agencies.

Under the Executive Order, the National Telecommunications and Information Administration (NTIA) is to file a petition for rulemaking with the FCC to clarify the interplay between clauses of 47 USC 230, notably whether the liability shield that protects companies like Twitter and Facebook for content posted on an online platform also extends to so-called “editorial decisions,” presumably actions like Twitter’s in fact checking Trump regarding mail balloting. The NTIA would also ask the FCC to define better the conditions under which an online platform may take down content in good faith that are “deceptive, pretextual, or inconsistent with a provider’s terms of service; or taken after failing to provide adequate notice, reasoned explanation, or a meaningful opportunity to be heard.” The NTIA is also ask the FCC to promulgate any other regulations necessary to effectuate the EO. The FTC was directed consider whether online platforms are violating Section 5 of the FTC Act barring unfair or deceptive practices, which “may include practices by entities covered by section 230 that restrict speech in ways that do not align with those entities’ public representations about those practices.”

In the Committee Report for the FY 2021 Financial Services and General Government Appropriations Act, the House Appropriations Committee explained it provided $341 million for the FTC, “a $10,000,000 increase over fiscal year 2020… will increase the FTC’s capabilities both to monitor mergers and acquisitions that could reduce competition or lead to higher prices, and to take enforcement action against companies that fail to take reasonable steps to secure their customer data or that engage in other problematic trade practices.”

The Committee detailed the following program and funding provisions related to the FTC, including combatting fraudulent calls to seniors, robocalls, fraudulent health care calls, and the following:

With respect to the FCC, the package provides $376 million and requires a host of programmatic responses, including:

The Committee had a range of mandates for the Office of Management and Budget (OMB):

The Committee noted its additional funding to the Election Assistance Commission (EAC) for Election Security Grants of $500 million:

Regarding the General Services Administration (GSA), the Committee directed the following:

The Committee made the following recommendations generally:

Also on 14 July, the “FY 2021 Commerce, Justice, Science Appropriations Act” was also marked up and reported out and its Committee Report contains these provisions:

First things first, if you would like to receive my Technology Policy Update, email me. You can find some of these Updates from 2019 and 2020 here.

Now that Congress and the White House have agreed on the FY 2020 top line numbers for defense and non-defense discretionary spending, both the House and Senate need to adjust the numbers they have put forth as their working caps.

The House did not pass a budget resolution and instead passed a deeming resolution (H.J.Res. 293) in April that functions in much the same way with respect to setting the top-line numbers for appropriations. During debate on the deeming resolution, Representative James Morelle (D-NY) explained the caps put forth by Democrats:

In fiscal year 2020, defense spending would be capped at $664 billion, with nondefense discretionary spending capped at $631 billion. The Investing for the People Act (H.R. 2021) would also provide up to $8 billion, annually, for nondefense overseas contingency operations, OCO, activities that do not count against the spending caps, while limiting OCO designation of defense spending in 2020 and 2021 to no more than the fiscal year 2019 level of $69 billion dollars.

For FY 2020, House Democrats will need to trim roughly $10 billion from the non-defense side of appropriations and slightly boost for the defense side. The House Appropriations Committee will need to trim the non-defense funds from the bills with non-defense funding, and it is not immediately clear what their approach will be. Is an across-the-board reduction equitable? Or should the committee eliminate funds based on need and priorities? I’d say it is likely to be the latter approach, but the process for how the House does this is not clear beyond the Appropriations Committee reporting a new 302(b) allocation. Will the Appropriations Committee essentially draft new bills and hold them until the Senate has finished work on their bills all the while negotiating on final numbers for programs? This seems like the likeliest outcome although it is possible the House could bring new bills to the floor, but I suspect they wouldn’t do so unless there was some leverage to be gained against or pressure exerted on the Senate.

In the other body, appropriators are more or less working from a blank slate as Senate Majority Leader Mitch McConnell (R-KY) prevailed upon Senate Appropriations Committee Chair Richard Shelby (R-AL) to not begin the appropriations process until agreement had been reached on top-line numbers. Undoubtedly, the committee has bill language and report language that has been negotiated on; all that was missing was the top-line funding numbers. Having said that, it didn’t exactly take a crystal ball to project a reasonable range of top-line funding numbers and work from those. I’m assuming this is, in fact, what happened, and so the committee may hit the ground running next month.

While the Senate did not pass a budget resolution as McConnell undoubtedly wanted to protect those Senate Republicans up for reelection from uncomfortable votes, the Senate Budget Committee did mark up a budget resolution. In S.Con.Res. 12, the Senate Budget Committee set the following caps in FY 2020: $576 billion for defense (plus the majority of $67 billion in OCO funds) and $542 billion for non-defense. Consequently, the Senate has just gained a huge amount of breathing room on both sides of the discretionary divide, and yet, because the Senate Appropriations Committee has not marked up any bills, the process of effecting the new caps will be somewhat easier. In any event, the nominal, not-real numbers the Senate started with will be adjusted upwards by $90 billion on the defense side of the ledger and $79 billion for non-defense.

Opening the aperture on appropriations reveals an uncertain view. Sure, we have top-line numbers, but will Fox News rile up the President after Republicans and Democrats have reached agreement on full-year appropriations for FY 2020. However, more immediately, it seems unlikely we will have all 12 bills enacted before the end of FY 2019 on September 30 and has been common practice there will almost certainly be a continuing resolution (CR) for some portion of the federal government through December. It’s just a question of which agencies will have FY 2020 appropriations in place and which will be operating under a CR, which does cause some problems. In any event, it will quite the ride as always.

It’s a been a while.

In any event, it’s a big week. The House Appropriations Committee begins work on FY 2020 appropriations bills even though top-line numbers haven’t entirely been decided in the Democratic Caucus, and the Congressional Budget Office (CBO) releases its revised baseline on this coming Thursday, May 2.

Over in the Senate, the Appropriations Committee will hold these hearings:

Also, Senate Appropriations Committee Chair Richard Shelby (R-AL) said yesterday that his committee will not work on their appropriations bills until there is a deal in place on the caps. He remarked that “[t]hat’s what we’d like to do because we’d have more certainty.”

Of course, where the caps are ultimately set is a major stumbling block in enacting FY 2020 appropriations. At present, the caps for defense funding would be $576 billion (without uncapped Overseas Contingency Operations (OCO) funding) and non-defense $542 billion (without OCO, Disaster relief, and other adjustments). House Democrats are split on how much to raise the caps, but House Appropriations Committee Chair Nita Lowey (D-NY) seems to be willing to work with the cap adjustments in the “Investing for the People Act of 2019” (H.R. 2021) of $664 billion for defense (plus $69 billion for defense OCO for a total of $733 billion) and $631 billion for non-defense (plus add ons pushing the cap up to $662 billion.) Consequently, House appropriations bills will likely meet those top lines as reported out of committee.

The Senate Budget Committee, however, opted to remain with the current cap levels for FY 2020 with the hopes that a deal will soon be reached for both FY 2020 and FY 2021. Their budget resolution, S.Con.Res.12, would keep the FY 2020 caps of $576 billion for defense and $542 for non-defense.

There’s still a supplemental appropriations bill floating that Congress hasn’t passed, which seems to be held up on whether Puerto Rico would receive more funding to recover from Hurricane Maria. However, the White House opposes more funds, and Democrats are insisting on it. Hence, an impasse even though a number of the states waiting on relief via supplemental appropriations for FY 2019 include states Trump will need to carry in 2020, including Florida, Georgia, and Iowa.